ChessCraft is a mobile game that can help kids and students learn the rules of chess. The flexible computer opponent can play unlimited chess variants, including specially designed variants for learning.

The first level lets you experiment with moving the queen. You'll also quickly learn how pawns move and capture, since losing your queen is immediately game over! 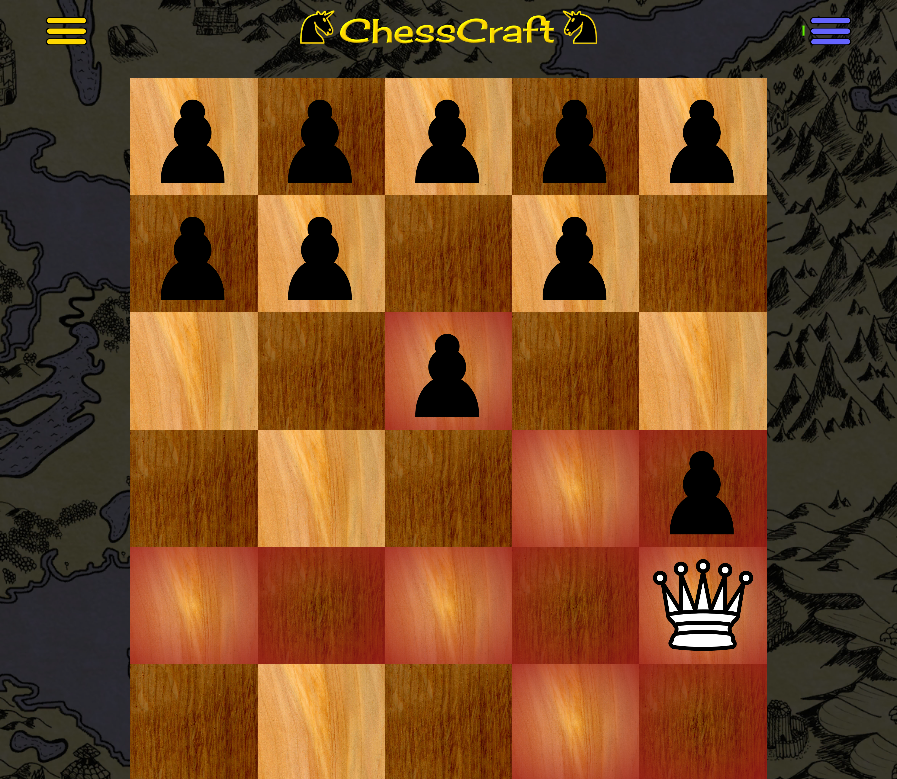 The rest of "chess school island" has similar levels for all classic chess pieces and rules. 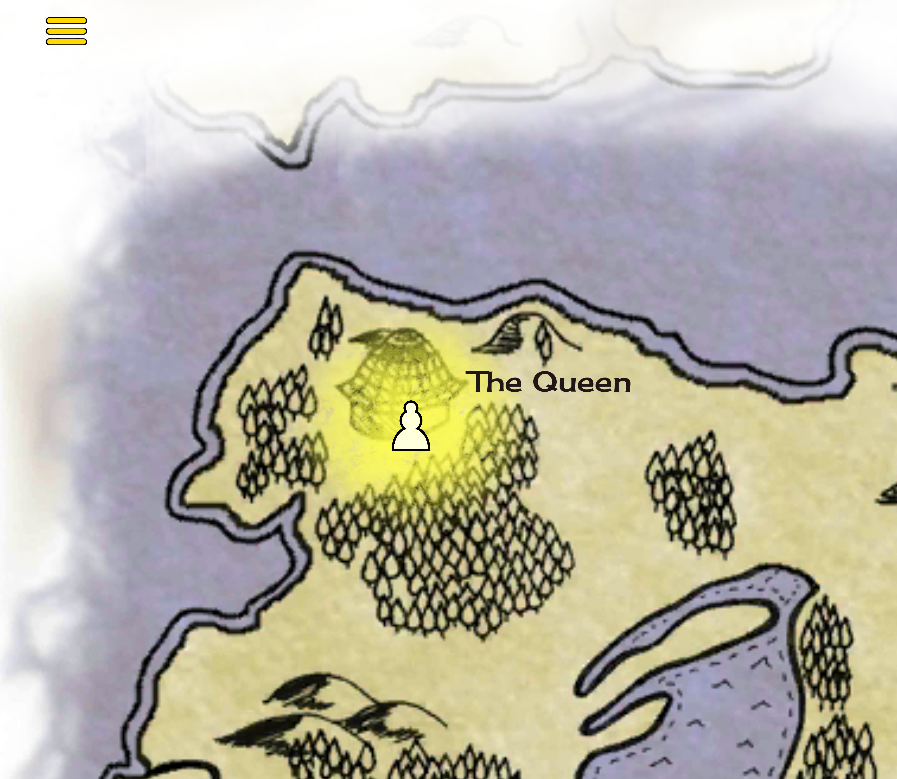 Each learning level also has a diagram to visually explain how pieces move, capture, or check and check mate. No reading is necessary. 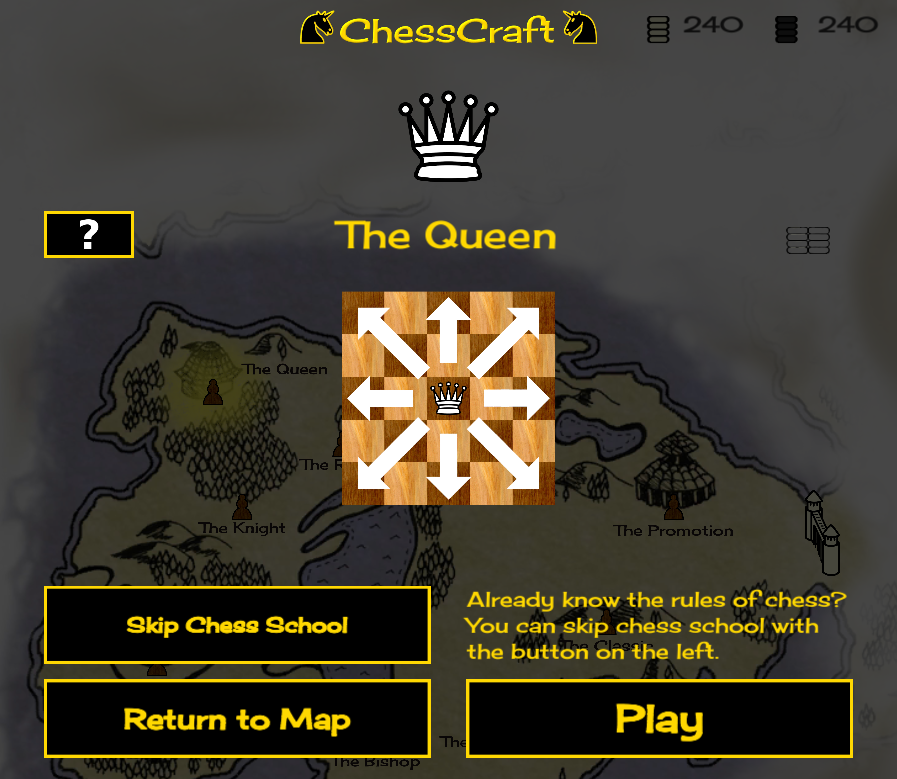 Once you leave chess school island, the boards slowly include more types of pieces and you can play all computer difficulties. Difficulty 1 can be beaten by kids and new players. 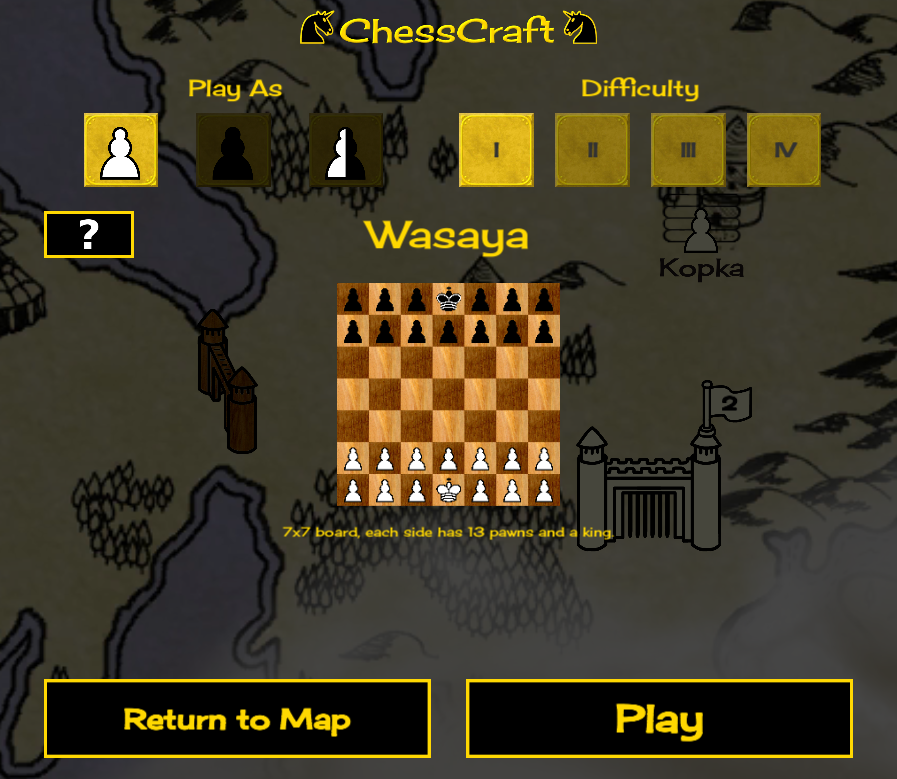 ChessCraft will never use in-game advertising. The full-featured version is also free to play. However after lots of play, the game will display an unskippable ten second popup asking you to become a "ChessCraft Patron" for a few dollars. Being a patron simply disables the unskippable popups. 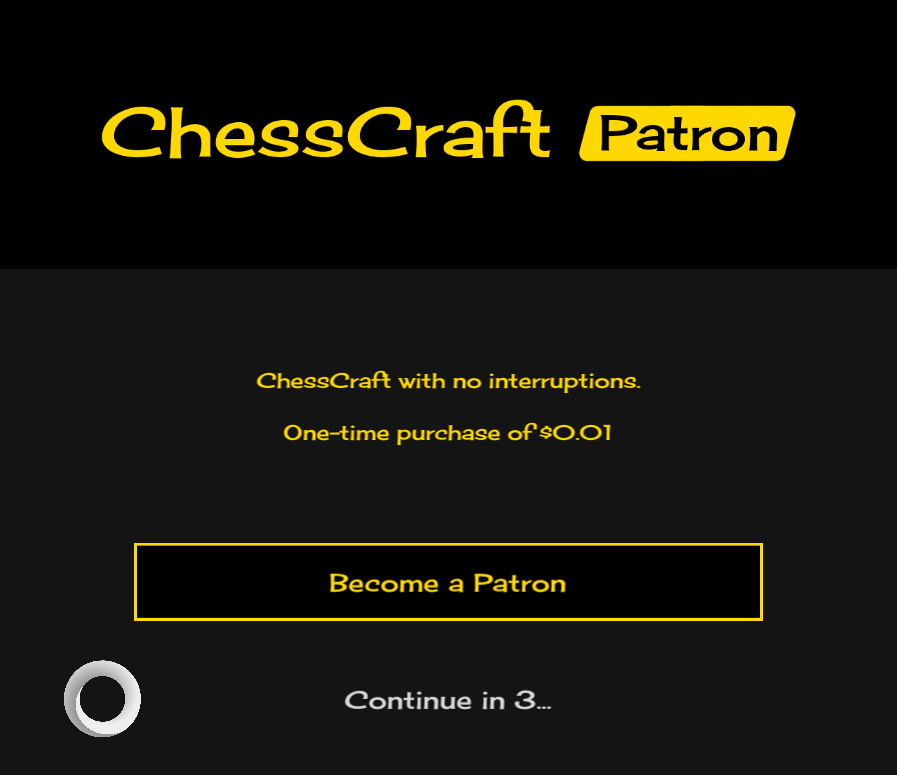 If the unskippable popups are a problem for any kids or learners, send me an email and I'll share special codes to permanently unlock "ChessCraft Scholar". This is exactly like ChessCraft Patron, but free. 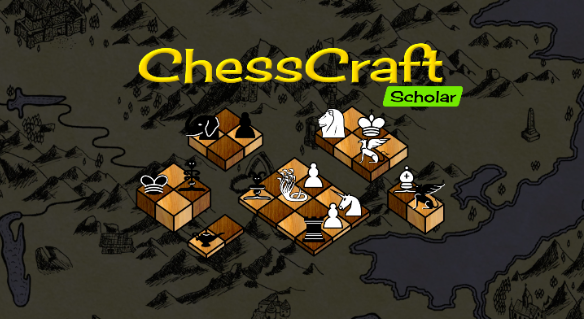 This page is written for educators and parents. However you can also visit the main page for general information. ChessCraft also allows the player to create new pieces, change how they move and capture, then immediately play the computer opponent.